Reince Priebus is the "RINO Whisperer"

From the producers of Cesar 911 staring Cesar Millan as the "Dog Whisperer". Now comes - 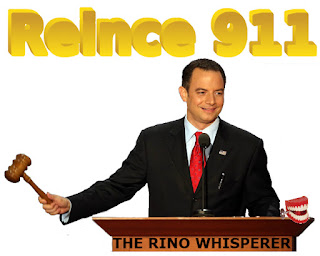 In each episode, Reince is briefed by the power brokers in a darkened and smoke-filled back room, then he evaluates both the offending candidate and their supporters through impromptu visits to campaign headquarters and rallies to see for himself these outrageous liberty-loving behaviors.

Rehabilitation programs are set up and referred to by Reince as the "Doggie bisquet vs the stick" technique. First, committee appointments and/or campaign contribution bribes by crony capitalist lobbyists are offered in exchange for submission. If there is not the desired behavioral changes with the candidate recognizing the establishment as their pack leader, Reince will then resort to "the stick" that involves threats, coercion and arm twisting.

If all else fails and the candidate continues to insist on exhibiting a love of conservative principles and the Constitution, a surreptitious smear campaign is launched with the help of the establishment media led by Fox News in order to destroy the offender and to push their own big government agenda.

surveillance cameras are used to track progress and ensure a lasting solution. The final test comes when voters gather together in the community polling booths.


Somewhere deep in the bowels of the RNC headquarters, a secure landline phone rings in the chairman's lair...

ANON DONOR: Yah, we got ourselves a rescue candidate with good papers. His daddy and his brother were good show RINOs, but this one we picked early is just so low energy. I can't even take him for a slow stroll through the neighborhood without the low energy catcalls. What should we do about our RINO, Jebster?

REINSE: Low energy RINOs don't even want to be a Pack Leader. Drop the Jebster back at the kennel and try again.

and now its time for the "Ask Reince" mailbag segment of our show.


Reinse, we have two stray candidates we have been unable to run off the property. The problem is, they are both leading the pack, but We can't seem to get a leash on either one of them. The big bull with the funny hair and small paws is just as likely to bite the hand that feeds him. The other one refuses to train on the constitution papers we spread on the basement floor. Why, he isn't even a RINO at all!

The most important thing to remember is that its all about secrecy and cronyism, and a good RINO candidate will subordinate to the establishment as their pack leader. One of my successful strategies is to roll out my fully trained RINO, Mitt, in order to socialize the candidate to model his behavior. Mitt is exactly the kind of moderate loser we look for every four years.

If all else fails, you need to play for a stalemate by claiming the open doorway and creating an invisible boundary. You can do this by using your trained RINOS, Kasich and Rubio to stay in the race even though they have no path to outright victory. They will siphon just enough support from clueless voters to ensure a brokered convention. In this scenario, we could even insert our perennial loser, Mitt, back  as our candidate. Hey, what about that low-energy Jebster as his running mate?

Season Finale for the establishment...

What would happen if the establishment were muzzled and the winning candidate is a conservative who believes in individual sovereignty and liberty? Stay tuned... 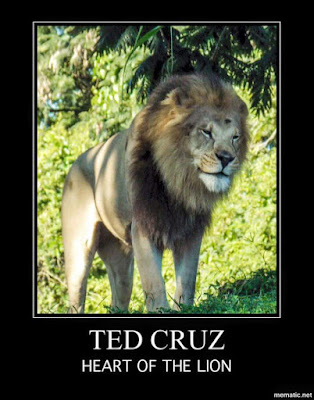