I don't know what the cost of this research in blood and treasure, but just the knowledge that Prozac in the Water Makes Fighting Fish More Mellow is priceless. 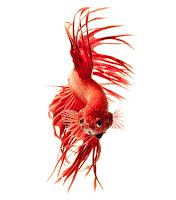 Give a Fish an Antidepressant, and...  I dunno. It sits at the bottom of your 10-gallon aquarium tank near the aerating ornamental treasure chest and stares at it's fin?

Let us continue...
It is not mentioned in the article whether Dzieweczynski, a psychologist at the University of New England, knows Bill Cosby, but I'll wager you a box of pudding pops there will be a law suit for plagiarizing from his research experiments.

Which reminds me of a story from my late teens, with a slight variation of this experiment. Instead of administering varying degrees of fluoxetine on Siamese fighting fish in a controlled environment, a 'friend' used a few pours from his tequilla into my Sea-Monkey aquarium.

Sea Monkeys are an extremely hardy brine shrimp said to be able to survive dehydrated stasis, water boarding and long term exposure to radiation from space travel, but a Tuesday night Lockhead Street party (my parent's bowling night) in the southend of Flint in the late 70's? They never had a chance.

Here is a google street view of my childhood abode, and scene of the aforementioned miniature crustacean atrocity. It looks a little different and is missing some shrubs and a tree or two, but it is the home of so many great memories. 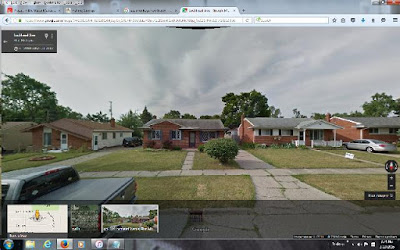