The Gospels According to Trump

CHATTERING TEETH NEWS - Donald Trump opens up his special version of the Bible, and With daughter Ivanka on his lap,  begins to read her a bedtime story.

Jesus' Apostle Manager, Simon Peter, has been arrested and charged with Simple Battery, according to Roman soldiers.

You probably have heard of this story in the bible. Eight Lukes 45 or something. It's what you like, right? It's a tremendous story of faith in me... I mean that Jesus fella. 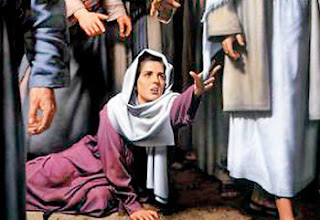 Jesus looked at her.  In fact, one of the great pictures is Jesus going like this like, get away from me, who is this person?  Okay? 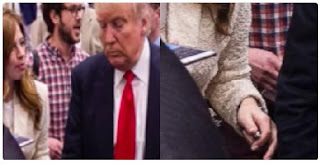 Simon Peter, Jesus' campaign manager, denied even knowing who this woman 3 times in one tweet:

“You are totally delusional. I never touched you. As a matter of fact, I have never even met you.”

Once Jesus realized the overhead video of the alleged incident would be subpoenaed and Simon Peter's denial would be exposed, He turned it over to the authorities first so it would look magnanimous on His part. Frankly, Jesus had a really good brain, that I will tell you.

Then Jesus used His powers over the news transcribers in order to spin the story for all of His free media outlets. He said, "Frankly, it would be so easy for me to terminate Simon Peter, ruin his life, ruin his family. Hang him upside-down and say you're fired. Okay?  I fired many people, especially on my hit sermon on the mount The Apostles."

“I fully think apologizing’s a great thing, but you have to be wrong... If I am ever wrong, I will apologize” "No, she did not go down on the ground."

Why is she allowed to grab me and shout questions? I felt the power leave me when she touched me. She probably isn't even bleeding anymore. Can I press charges?”

That's enough for tonight, Ivanka. Tomorrow I will read you the story of Lyin' Judas and how he betrayed Jesus for 30 pieces of silver from Goldman Sachs.