Feldenkrais Gesellschaft, party of one? 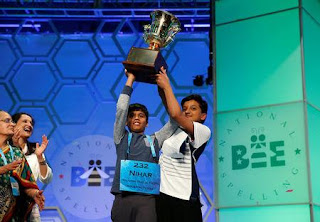 To gain the title, Nihar spelled "gesellschaft," a type of social relationship, and Jairam aced "feldenkrais," a method of education.

Full Disclosure, I didn't read past that first paragraph on that linked story. Frankly, it had me at "gesellschaft" and "feldenkrais."  I wish I had a nickel for every time I misspelled one of those two words.  In fact, I now plan to have my name legally changed to Feldenkrais Gesellschaft.

So, congratulations Nihar and Jairam. Just thank your stars you didn't draw the word "Kabaragoya".

Hateful Video of Spelling Bee Fail Leads to Unrest in Kabaragoya
BONUS QUESTION: Speaking of hatefull videos and Benghazi, could Susan Rice spell CIA if you spotted her the "C" and the "I"? 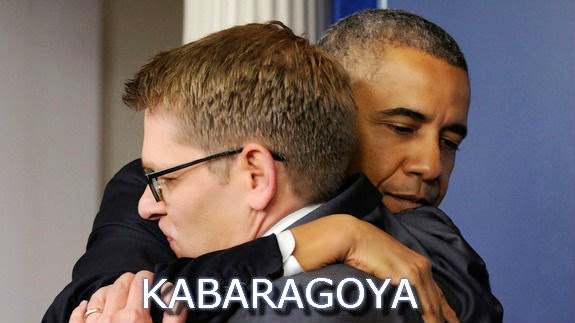 Let's give a warm welcome to the new press secretary, Jacob #38, who has managed to bounce back after his premature elimination at Thursday evening’s Scripps National Spelling Bee. 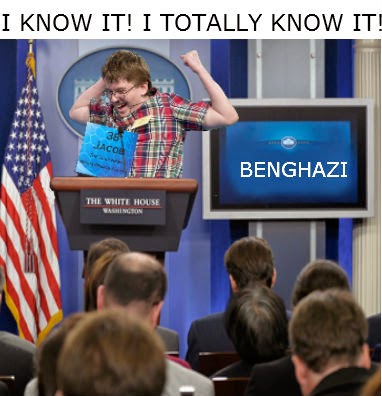