Those Wacky Adventures of the Google Earth Day Fox


There. I fixed it...
Once upon a time, there was a Google Earth Day Fox. Like most young libtards, he was nocturnal - meaning he slept all day in his parent's tree stump instead of holding down a job, and was "active" at night (going clubbin' and carousin'). While he slept, he dreamed of Mother Earth in all her natural abundance. 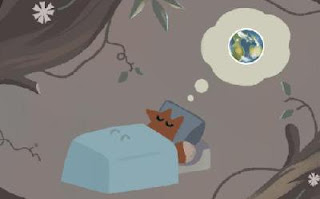 BUT SUDDENLY... His dreams turned into a nightmare, as a penguin lost its balance on a melting iceberg or something... and the poor, ignorant Earth Day penguin plunged into the icy waters to certain death!... ? 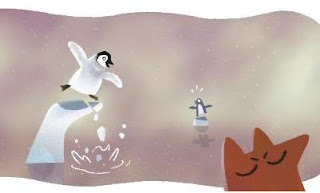 The Google Earth Day Fox was STARTLED AWAKE with a crazed look in his eyes, with a certainty that the Earth was in it's final death throes due to EVIL CAPITALISM, and the only prescription was massive wealth redistribution or something. He knew this because men of unimpeachable scientific knowledge, like Bill Nye the science guy and Algore had said so! And Neil deGrasse Tyson is an actual astrofizz-a-thingy, so he prolly knows ALL about weather stuff and isn't just an educated idiot political hack!

Then the Google Earth Day Fox's parents became concerned with his nonsensical Earth Day drivel, and rushed him to the ER for treatment. What he really needed was a "liberal" dose of psychotropic and antipsychotic medications to help him cope with his irrational anxieties.

"Schizophrenia and mania are just 2 legs of the 3-legged liberal progressive climate change stool," said Mr. Fox to his frothing and indoctrinated son.

but then the Google Earth Day Fox chased an imaginary butterfly off the hospital roof. 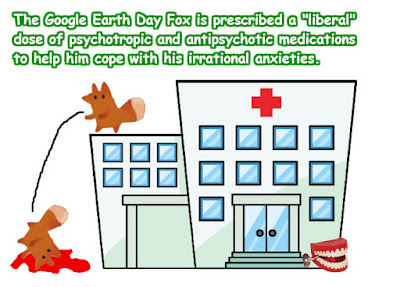