After hopping around Japan over the weekend and blowing smoke rings like some skinny version of Godzilla's baby boy, Godzuki, Obama is spending the day sightseeing in Beijing. Maybe Hu is showing BO the magic of how colorful building facades can hide the blight and ruin.

It is true, though, what they say about Chinese. Just when you fully digest that Obama is in China, you're immediately hungry for him to stay gone.

The Hu and BO show told reporters yesterday that "the United States and China were in agreement on a range of issues, but they spoke only in general terms... Obama said the United States was not seeking to impose its political system on other countries, but he called freedom of expression and worship among the 'universal rights' common to all people".

That makes me think of Obama as a pimply-faced teenager lecturing his parents about rules, while all the while his hand is out for his weekly allowance and keys to dads car. 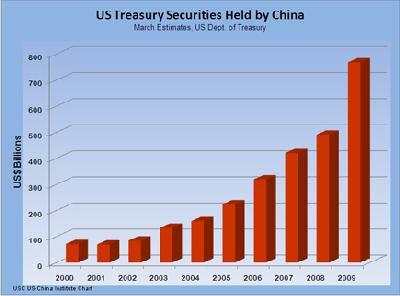 Which brings us to the newest magazine to hit the newsstands of Shanghai:

PARENTING YOUR OBAMA
Inspired by parenting4dummies:
Teaching Your Teenager The Value Of Money

It is critically important to begin teaching your Obama about money early in their administration. You should give them a few dollars every week which they can spend in whatever way they want. This allowance should not be 'free' but should be dependent on their completing some household chores. You should however work with them and let them decide what chores they want to do (Cap and Trade, universal healthcare, purchasing banks and car companies, etc) instead of giving them particular jobs. In addition, it is important not to set limits on what they can spend their money on and also that, having given them allowance, you do not then simply go on buying them the things they want. They need to, and quickly will, find out that if they spend all of their allowance as soon as they get it they will not be able to buy some of the more expensive things they want.

The communist Chinese chastising Obama for being too socialist? Nah! That would have to be satire, wouldn't it?

Chinese premier Wen Jiabao urges his pet Obama to keep the U.S. deficit to an appropriate size so that there will be basic stability in the exchange rate, and that is conducive to stability and the recovery of the global economy.

Back to the PARENTING YOUR OBAMA piece:

Do not forget also that you can always backtrack. If you discover that your kids are not learning how to to use money sensibly, then do not be afraid to step in and take back control of that money until you are satisfied that they can handle it.

At some point, your teenager will decide to get a job and this is an excellent time at which to introduce them to the benefits of saving.

Obama get a job and save? OK, NOW we have entered into the world of satire.
Posted by DaBlade at 7:11 AM