Obama meets with The Governor of Woodbury

DID the president hold a secret meeting with "The Governor" of Woodbury, from AMC's hit zombie series, The Walking Dead? 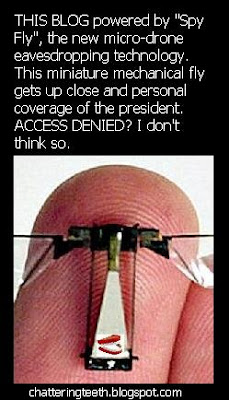 Here is what we know from yesterday's meeting...
We join in progress, as obama "asks" THE PRESS to leave before a private Q&A with the governors, where he plans to bully, threaten and cajole them into pressuring those in congress opposed to his socialist policies.

OBAMA: "With that, I want to clear out the press so we can take some questions."

THE PRESS: But Mister President sir, we just want to be NEAR YOU! We MUST HEAR your honeyed and mellifluous rhetoric, as it caresses our ears!  And WE JUST MUST attempt for our cameras to capture even just a small measure of your magnificents. We'll DO AND SAY AND WRITE anything you want us to, just like always! We'll be good, promise!

OBAMA: "ACCESS DENIED. Now go to your rooms!", ordered the President, as he swatted yet another fly away that kept lighting on his face.

With that last executive order, THE PRESS collectively shuffled out the door - heads down and bottom lips protruding - dragging their cameras, microphones and teddy bears behind them, bumping on each step as they climbed the stairs to go "nite nite". No coverage. No storytime.
http://chatteringteeth.blogspot.com/2012/07/first-snack-president-of-united-bakes.html
Not even a Partridge Family party bus filled with drugs and hookers to keep them appeased this time.

Needless to say, THE PRESS wasn't happy getting the boot. "They should be used to it by now," thought Obama, remembering the countless times he sent THE PRESS away so he could have a little one-on-one and alone time with his "body man" Reggie Love, snorting coke and holding their own miniature governor's meeting" in private.

After the meeting, when South Carolina Gov. Nikki Haley and Louisianna's Bobby Jindal took to the microphones in the parking lot, Obama had a secret meeting with "The Governor" from Woodbury. 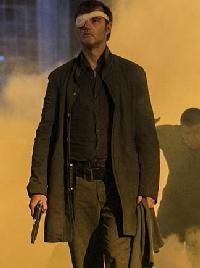 OBAMA: Except for the eye patch Governor, you and I have a lot in common. No, I don't keep any animated severed zombie heads in fish tanks, but having Joe Biden as a sidekick is pretty close. You're the charismatic leader of the fictitious town of Woodbury, and I lead the fictitious United States of America. Oh, it's a real place, but I've made sure it's no longer "united" by my socialistic policies and class warfare propaganda.

As The Governor of Woodbury, you barricade yourself behind walls to deny access to the zombie walking dead - but without these brainless obamabots, you wouldn't be in power. They are like my voters that way.

Yes, a utopian community in all but one thing. Those armed individuals down the road who would rather live in a prison than under your authoritarian thuggery. You need to take their guns away and force them into Woodbury's re-education camps.  You and I face virtually the same challenges, so we need to pool our resources.

For starters, gimmee the eye patch. "Reggie will love that!"
Posted by DaBlade at 8:07 AM