Citizen Kane is a 1941 drama starring and directed by Orson Welles. The movie is praised for its innovative cinematography, music, and narrative structure. Citizen Pain (Obama) is praised by his comrades in the press.

Dear Leader's entire address was highly offensive, but I mostly refrained from swearing and hollering at my TV until the very end. 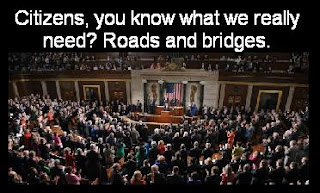 Some may have found his conclusion rather mild, but those who have been paying attention know full well what Obambino means by the term "citizen".

When Obama says the word "citizen", all I hear is "comrade", capeesh? 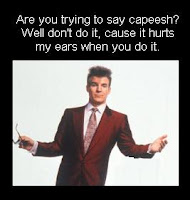 We may do different jobs, and wear different uniforms, and hold different views than the person beside us.  But as Americans, we all share the same proud title:

We are citizens.  It’s a word that doesn’t just describe our nationality or legal status.  It describes the way we’re made.  It describes what we believe.  It captures the enduring idea that this country only works when we accept certain obligations to one another and to future generations; that our rights are wrapped up in the rights of others; and that well into our third century as a nation, it remains the task of us all, as citizens of these United States, to be the authors of the next great chapter in our American story.

Not in your wildest PopeBama dreams do I define myself as a "citizen" of your vision for America. You and all the recipients of your cell phones may think that "citizen" describes the way we’re made and what we believe, but not me.

Seriously people, AM I OVER-REACTING? Re-read his conclusion word-for-word (blue text above).

Do you think CITIZEN describes the way we’re made?  What we believe? What do you think he meant by this?