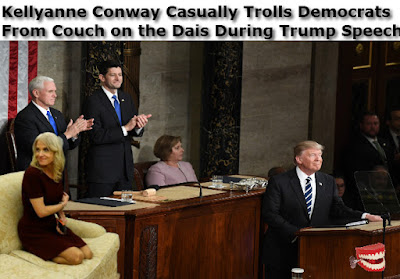 Chattering Teeth News - White House adviser Kellyanne Conway took a casual posture from a couch on the dais during President Trump's first address to a Joint Session of Congress.

"I didn’t mean to have my feet on the couch," Kellyanne later told this CT News reporter.

About halfway into the speech, Kellyanne was witnessed stretching out on the couch and covered in a comfy afghan, eating popcorn from a bowl and watching Netflix streaming on her phone.

Later, President Trump explained the reason for the couch on the dais in the first place. "I got the idea from the fan contest  they hold at the Staples Center where winning fans get to watch Clipper games in style on a plush sofa, with food and beverage service and free parking provided. Kellyanne just happened to be the winner for this speech. She's been very, very loyal. That I will tell you."

Another bizarre observation involved a gaggle of democrat women wearing white, for reasons not totally clear. 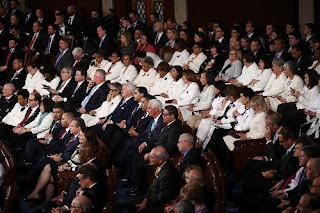 The women in white did remain seated when Trump asked Congress to honor our soldiers. Maybe their ability to stand had something to do with their lunch buckets? 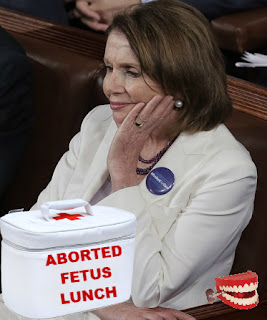 House Minority Leader Nancy Pelosi, D-Calif., called her outfit a "statement of values," and said many of the women will be dressed similarly.