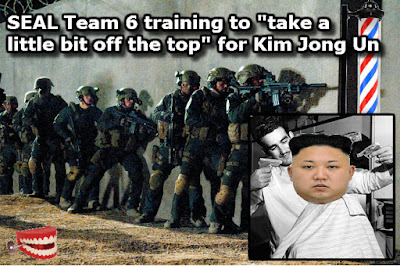 It was almost 4 years ago when Kim Jong un challenged Obama to a "merciless" game of Donkey Basketball. 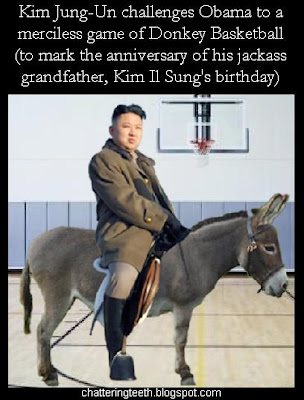 The North Korean despot was hardly intimidated by obama's strategy of appeasement and surrender, with the tipping point likely after the infamous Easter Monday obama free throw fiasco in April of 2013, when he turned the White House into the "Brick House."


Now we have our own chubby leader with a funny hair cut. Kim Jong Un might want to crawl back into his donut hole and zip it. Trump isn't sending Dennis Rodman over this time...
SEAL Team 6 is reportedly training for a decapitation strike against North Korea's Kim regime
Posted by DaBlade at 7:52 AM