Somewhere over the rainbow

"For just one vote, citizens will get four years of McCain's brilliant temper, the incredible inexperience of Barack Obama, and the powerful two-headed monster of Hillary and Bill Clinton. It will be very exciting to see what they're capable of destroying."

Both contestants sang three songs on Tuesday night's showdown, and Simon clearly stated that Archuleta won by a knockout. The fan voting process was going to be just a formality because when "Simon says," people believe. (Pssst. Hillary. Cook's Idol victory last night proves that if Simon can be wrong, so can those pundits and polls. You keep going girl!)

I found the whole "Simon apology controversy" a little silly. Immediately prior to the results being announced, Simon apologized to Cook for being "disrespectful" and then changed his tune and stated that he didn't care who won.

A show of hands. How many out there believe that Simon had no idea what name was inside the envelope in Seacrest's hands? Anybody? Anybody? Bueller? Bueller? A little reputation rehabilitation going on here? Come on Simon! Man up! State your opinion but stick with it! Quit waffling! Leave that to the bloggers. I knew Cook would win all along.

In case you missed the winning performance, ENJOY!http://www.youtube.com/watch?v=EwTZ2xpQwpA
I move away from the PC monitor to breathe in.

In other news: Weather
Thursday is golf day around these parts, so I am always interested in checking the latest updated weather forecast at www.AlGore_is_a_bonehead.com. It's going on June and the best I can hope for is the high 50's this evening? It's just like the environmental wackos. The absolute certaintly in global climate is that it is CONSTANTLY CHANGING. Yet Al and his gang of boobs have a 50/50 chance of predicting warming or cooling and still manage to screw it up.

Speaking of rain (?), the mystery of what is at the end of the rainbow has been solved... and I guess you could say there is a pot of gold at each end.
Left side: 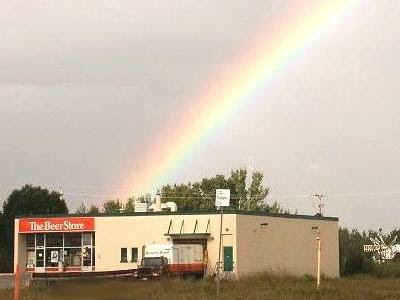 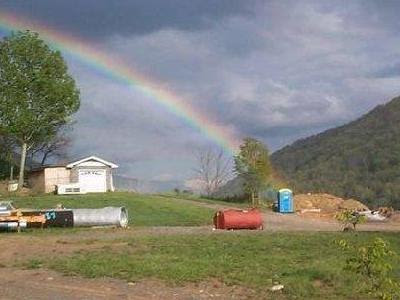 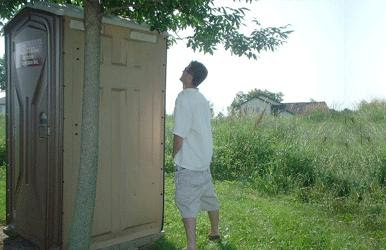 Captions?
Posted by DaBlade at 6:45 AM