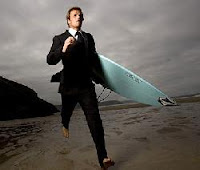 Obama was photographed without his suit jacket while in the Oval Office. Not only did this send a shiver down Chris Matthew's leg, it also signaled a change away from George W. Bush's strict dress code policy of a coat and tie in the Oval Office at all times. This happens every time a democrat transitions into the White House. Let's just hope we don't suffer the same fumigation and WetVac bill for cleaning the carpet and drapes after Obama leaves like we suffered after Clinton moved on. Maybe we should add another $1 trillion in the "stimulus" just for cushion.

On a serious note, I'm not too worked up over Obama in shirt sleeves. While I don't agree with any of his policies, I do believe he loves his wife and will not disgrace the Oval Office by playing "hide the cigar" games with chubby interns. I am concerned, however, that Obama has "cranked up the thermostat" because he hates the cold.

The thermostat set at broil, coupled with the clouds of cigarette smoke from the back porch, just think of the increased carbon footprint the presidency is kicking out these days. We are supposed to wear a sweater, tighten our belts and inflate our tires, while Obama lives in such wasteful opulence? You just know that if this would have been Bush cranking the heat, he would have been blamed for the frozen dead guy found recently in an abandoned Detroit warehouse.

“He’s from Hawaii, O.K.?” said David Axelrod, as he mopped sweat off his brow.

SIDE NOTE: Jack Lord always wore a suit and tie on Hawaii Five-O, even while surfing. Somehow it wouldn't seem right if he was wearing a wife-beater when he uttered the trademark "Book 'em Danno!".

This stability in authoritative attire is comforting. There should be a clear and immediate visual dilineation between the good guys and the bad guys. You know, like when watching an episode of Cops. Police officers versus scum bags. Uniforms versus shirtless and running wild men. shirts and skins.

Hmmmm. Good guys versus bad guys? Maybe Obama is on to something with his relaxed code. Can baggy pants be far behind?
Posted by DaBlade at 7:05 AM