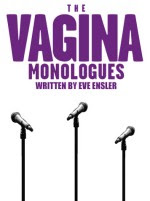 THIS IS OUTRAGEOUS! First, Notre Dame creates a storm of controversy by inviting the infanticider-in-chief, Barack Obama, to give the commencement address this year. Now, Notre Dame muzzles vagina's First Amendment rights of free speech with this tampon of a decision. Sure! Welcome Obama with open arms, but close your legs to the monologues! you're still going to let the dick talk, aintcha?! Sounds discriminatory to me.


OK, full disclosure. I have never actually seen the vagina monologues (unless you count my friend Jon's Bachelor party many years ago). While my personal preference has always been for vaginas to be seen and not heard, I have never begrudged their right to speak out.

OK, I actually glanced at the article I've already linked and commented on. Apparently, the shows producer states, "we were not forbidden by the University to do the Monologues". Blah, blah, blah...

"What happened was that I, and some other people who have been involved in the past, feel like the "Monologues" are an amazing piece that talks about women's sexuality that can be very productive for Notre Dame students," she said. "But unfortunately, what happens when the "Monologues" are put on, is they turn into more of a scandal than an action piece."

"The Vagina Monologues" were first performed at Notre Dame in February 2002 as part of a campaign to raise awareness about violence against women, according to a Feb. 27, 2002 Observer report.

Well what could be MORE violent than the OABOMINATION of abortion, yet ND is awarding Obama with an honorary law degree. Which begs the question in my mind...

Do vaginas use teleprompters?
Posted by DaBlade at 7:01 AM