LOL!!: NEW YORK – Fox became the first broadcast network to turn down a request by President Barack Obama for time, opting to show its drama "Lie to Me" on Wednesday instead of the president's prime-time news conference. 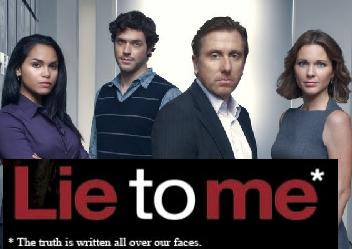 This week's episode of "Lie to me" on Fox...
Dr. Cal Lightman can detect the truth by analyzing a person's face, body, voice and speech. Lightman and his team of deception experts assist law enforcement and government agencies to expose the truth behind the lies. Before the opening credits are complete, Dr. Lightman confirms that Obama is lying by noticing the subtle movements of the president's lips as they form words. He spends the rest of the hour not shaving his beard stubble and making sarcastic remarks to the other characters, ala any episode of House or American Idol.

On next week's episode, an international incident hangs in the balance as Egyptian President Mubarak hires Lightman to determine whether or not Obama had advance knowledge of Airforce One buzzing the Sphinx for a photo op.
Posted by DaBlade at 7:08 AM