Apple has removed a downloadable iPod/iPhone game from its online iTunes App Store where the point is to shake a crying baby to death...

According to people who downloaded and played the game, in order to stop the crying sound, the player had to shake the phone vigorously. The game ends when two red crosses appear on the baby's eyes, signifying that it has died.

In this age of liberal tolerance and Obama's affinity and support for infanticide, I ask, "what's the big deal!?" It's OK to promote the continued murder of actual living human babies from conception until sometime after birth (Obama will let us know the definitive time period when his paygrade is raised). However, it is somehow distasteful to cross the eyes of a cartoon baby?

Have some courage Apple! Don't pull Baby Shaker off the shelves just yet. This game finally gives liberals a coping mechanism when confronted with a crying baby (that's not theirs and one they haven't killed yet) on a bus, plane, movie theatre, or Starbucks. It empowers the libs to commit cyber-abortions at will, and provides them a temporary fix until such time they can get themselves knocked up again and do it for real.

I am reminded of the arguments given by the Notre Dame supporters in favor of the Obama invitation.

"We respect diverse viewpoints on issues and we also believe in concerned and genuine dialogue."

So let's start the dialog regarding Baby Shaker. While we're at it, check out the new download. 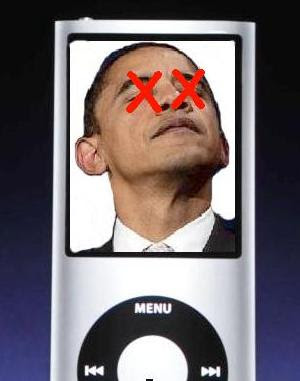