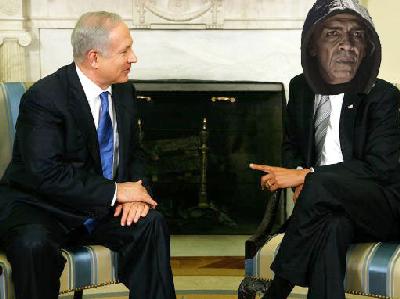 TODAY'S PHOTO QUIZ:
Which photo do you find most offensive? On the left, we have the "Ohio School Shooter". He is sporting a "KILLER" T-shirt in court while smirking, giving the finger and spewing vile and unprintable words at his victim's family members as they give tearful testimony.

To the right we have a photo taken in the Oval Office and sent via obama's tweet feed stating "Snack time". "While the president is tweeting about apples and political fights, the families of seven Marines tragically killed Monday in a training exercise are mourning their loss." 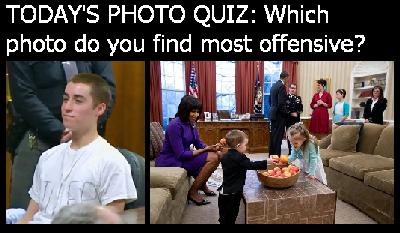 Or are these basically the same photo taken from a different lense setting?

The First Snack President of the United Bakes of America
Excerpt: Now Barry was not only a snack, he was REALLY half a cracker, but Barry and his friends hated to acknowledge his cracker side. (Don’t Call It a Cracker: Wheat Thins Prefers to Be Billed as a Snack) Barry grew up and became the first snack president of the United Bakes. (Yaaaaah!) "I'm skinny, but I'm tough!," Barry liked to say. "All the better to hold the cream cheese I'm gonna spread around to y'all. 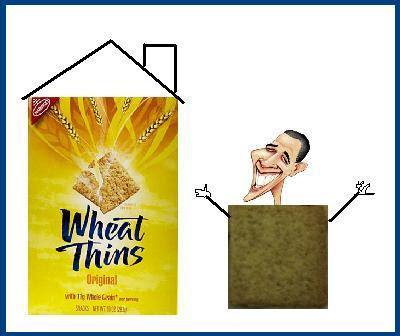