WHO IS PAUL RYAN??

A new Rasmussen poll shows 39% of all voters have a favorable opinion of Paul Ryan. Like the boyscout he resembles, they rightly believe he would be a safe escort for your granny while crossing a busy intersection.
25% offered a negative review (mostly the victims of the democrat disinformation campaign - like my lovable, yet gullible neighbor Gabe) and believe he would dump Grandma over a cliff (and probably throw your MeeMaw from the train for good measure)
35% have not yet formulated an opinion of Ryan (nor a coherent original thought in some time)

The point is, Paul Ryan comes out of the gate as a relative unknown among a good portion of the population, and both sides are scrambling during this small window of opportunity to define him. In this new internet age, where beliefs and opinion are born from blog posts and Tweets, I feel it is my patriotic duty to set the record straight. At least where lovable, yet gullible Gabe is concerned. Yesterday I tried to deprogram him with the truth about the Ryan plan, that it's actually OBAMA'S plan that guts the Medicare budget to the tune of over $700 Billion. That the Romney/Ryan plan will not affect anyone over the age of 55, and will reform the program to SAVE it for those younger. It didn't work. Those who stopped by yesterday know Gabe's response:

"All I know is what I saw on the internet. I SAW Ryan pushing that innocent old lady over a cliff!"

So in that spirit, I decided it was time to come clean with Gullible Gabe.

Gabe, you got me! What can I say? That YouTube video circulating the internet that shows a dark-suited gentleman pushing an old lady in a wheelchair, then dumping her over a cliff is clearly Paul Ryan. The artsy headless torso shots and wide-angled views from 200 yards behind did not fool you, did it my friend?  You certainly have a discerning eye sir! Because of this fact, you have been selected and approved to hear the truth by the super secret Tea Party Underground. What you are about to learn will SHOCK you!

That's right, you heard me correctly. Paul Ryan really did fling the ol' bag over the cliff, and you want to know what else? I'm glad he did. If you can muster the courage to hear the rest of the truth, watch the following video closely.


The following is a highly classified video taken surreptitiously inside the walls of a Washington psychiatric ward. This is where democrats are housed when they get old.

Here is your proof that liberalism is a mental disorder. Is this how you want to spend your retirement years Gabe? skittering on the ceiling like a spider possessed by Biden's imaginary friend? It gets worse. As you saw, one of the old demons escaped. Let's examine a screen capture with that discerning eye of yours. Look familiar? 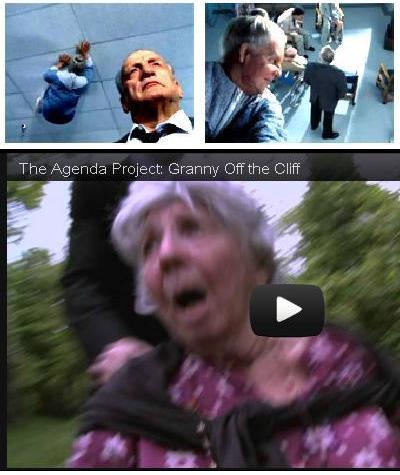 That was no frail and helpless old woman that Ryan tossed over the cliff, but satan spawn itself. The truth is, Gabe, Republicans have been battling these evil spirits for quite some time. These liberal demons are the enemies of humanity. See the "true history" for yourself:

The 16th President preserved the union and freed the slaves, while slaughtering the undead. This sacred duty has been secretly passed down the Republican line ever since. It is now simply Paul Ryan's time. 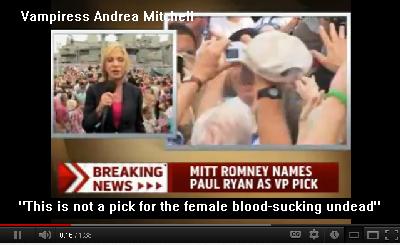 I think this could work.