Rubber Ducky, you're the one

From the rocket surgeons that brought you the "Escape of the tool bag during a leisurely space walk"....

Have You Seen a Rubber Ducky Near Greenland? Please Call NASA:
Three months ago 90 rubber duckies set out on a perilous adventure, sliding down deep holes in a Greenland ice sheet that were expected to carry them eventually out to the ocean. In an experiment designed to shed light on the gradual melting of Greenland’s glaciers due to global warming... The $2 ducks were chosen for their buoyancy and for their durability in low temperatures. Nasa is offering $100 to the first person who finds a duck. The toys are stamped with an email address and the word “reward” in three languages, including Inuit. 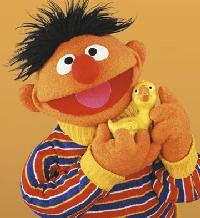 Really? Stick your head outside. Those duckies are frozen solid you dweebs! Seriously, is this our tax dollars at work? Isn't there some kind of dyes you could use for these bogus experiments? This is going to be embarassing if these rubber duckies stay locked in the ice sheet for a millenia or two, only to be discovered by some archeologists of a future advanced alien race (led here by a wandering tool bag and makeup kit that floated through their solar system). What will they think?

OK, now that I'm done criticizing, I need to pack. I'm going to bundle up in my snowmobile suit, hat, scarf, and mittens and find an Inuit tribe with spare igloo room that will take me in for a while on the Greenland ice sheet. I remember my dad used to tell me that whale blubber was eskimo children's candy. Looks like I'm going to find out.