Obama to SPEND us out of crisis

Hey America. We're going to party like it's your birthday! 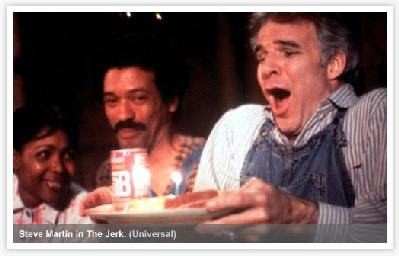 Let me spend a second here to remind you all that the economic crisis we are spending time dealing with was caused by over-spending and living beyond our means. Therefore, Obama's brilliant "change" solution is to spend us out of this spending crisis. Whew, I'm spent!

Democrats proverbially twisted banks' arms through Fannie and Freddie, because "everyone has a right to a home" regardless of their ability to pay for it don'tchaknow. Barney Frank and cohorts were running their own version of the popular TV show Extreme Makeover, trying to build a house for everyone. But the sponsors footing the bill for this show are you and me (assuming that you are also one of the "rich" who pays taxes).

So let's look closer at what is in Santa Obama's goodie bag.

ROADS AND BRIDGES: “[W]e will create millions of jobs by making the single largest new investment in our national infrastructure since the creation of the federal highway system in the 1950s. We’ll invest your precious tax dollars in new and smarter ways, and we’ll set a simple rule – use it or lose it. If a state doesn’t act quickly to invest in roads and bridges in their communities, they’ll lose the money.”

"...pledging the largest new investment in roads and bridges since President Dwight D. Eisenhower built the Interstate system in the late 1950s..."

I'm sure there won't be a "problem" of states "not acting quickly enough" in slopping from the trough.

I'll see your boondoggle and raise you a Hoover flag.

Why doesn't Obama just demand that carmakers design cars that don't use roads and bridges?

Democrats could tie this string to their bailout money. They could just add this requirement to all of the other requirements and CAFE standards demanded upon them that handicap their ability to compete. This would save us from having to spend any more money on roads and bridges. Of course, these "George Jetson" mobiles would have to be hybrids of some sort. Goes without saying.

SCHOOLS: “[M]y economic recovery plan will launch the most sweeping effort to modernize and upgrade school buildings that this country has ever seen. We will repair broken schools, make them energy-efficient, and put new computers in our classrooms. Because to help our children compete in a 21st century economy, we need to send them to 21st century schools.”

And we all know that spending money on brick and mortar for our public schools will increase our children's knowledge. That's why you are sending your kids to private school (hey! Just like me!). Listen Obama. We all know how you got elected (howobamagotelected.com). All Democrats have a need to keep the voting public ignorant and victimized, which is in direct conflict to "help(ing) our children compete in a 21st century economy." But I have to admit that - as a soundbite - it sounds good! Very eloquent and superfluous of you! (My, my. isn't that young man such a good communicator? I truly believe in "hope" and "change", and I feel he really cares about us. *sniff* ... Hug?")

There's more in his goodie bag -blah blah blah, but I get depressed thinking about Obama for very long stretches at a time, and I have reached my limit for the day. I'm starting to see Obama playing Steve Martin's charcter (Navin Johnson) from The Jerk. Specifically, the scene where Johnson, pants around his ankles, duckwalks around picking up random items. just replace the original items below with one of these terms [ROADS, BRIDGES, SCHOOLS, BROADBAND, ELECTRONIC MEDICAL RECORDS, ENERGY]