Obama: "There is no question... thaaaaat my opponent is a skilled debater... aaaaand I don't want my supporters to put to much stock in the outcome. I’m just supposed to be eye candy here for you guys."

NO ZINGERS!? Why else would I watch the debate? That would be like Apollo Creed promising not to swing back at Rocky Balboa. Defend yourself if you can mister president! You have the ref and the state-controlled boxing "announcers" in your pocket. My goodness, they don't even have to be good zingers! You have a built-in laugh track. Try it sir.

I'm Barack Obama and I approve this message. Mitt, enough about my birth certificate, yours is an apology from the condom factory. Ba dum dum.

Mitt, you so rich, you actually PAID all the income taxes you were legally obligated to pay, THEN on top of that gave 30% to charity!


"If you're expecting that, that's probably not what he's going to deliver," campaign spokeswoman Jen Psaki told reporters on Air Force One... He wants to speak directly to the people on their couches at home.


In conclusion, this debate is Romney's for the taking. He has a record of achievement and the facts on his side, while Obama has a disasterous and indefensible record. The media pundants in his pocket will deny this, and poll after skewed poll will show Obama ahead. Not to worry, because it will be a landslide Romney win. People with Obama phones, your minutes are almost up! 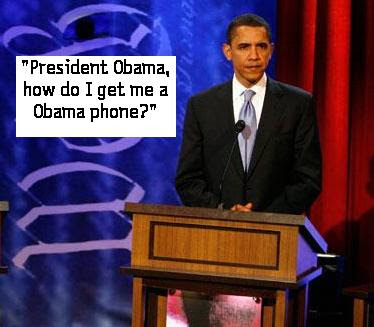