When the likes of Michael Moore and Chris Matthews acknowledge the president was on the receiving end of a good ol' fashioned ass whooping, you KNOW it must have been bad.

ROMNEY: “Look, I have five boys, I’m used to people saying something that isn’t always true and keep on saying it hoping ultimately I will believe it.” 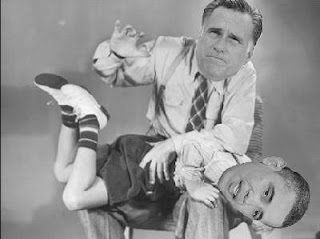 We interupt this blog to answer the telephone in the Situation Room of the palatial Chattering Teeth Blog Studios.


CT: Well that's a good point made by former president Clinton and maybe everyone is being a little to hard on Obama. Maybe he should be given credit for keeping a promise for once and not delivering any zingers, just as he said he wouldn't.


My goodness, there's the phone again boys and girls!

BIG BIRD: (singing) Sunny day, sweepin'the clouds awaaay... On my way to where the air is sweeeet! 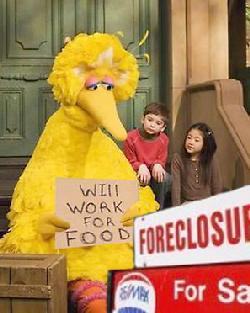