What divides us - What unites us

Over the past few months and weeks, both opponents have traveled from city to city touting their wares and raising their games. Last night's contest marked the end of the preliminary battles. As the dust settles, it's just mano y mano.


The table is now set, as both combatants sprint toward the finish line of what is quite possibly the most contentious contest in our nation's history. Soon, opinion polls predicting one thing while the next predicts another simply won't matter.


Those who know me are quite aware of where my allegiance lies. I will concede that the object of my derision even had a good night last night. But no one can make an honest assessment that somehow that equates to my side having a bad night.


Yes, we've been here before, and some are so turned off by the heated battle that they have tuned out, wrongly believing this to be "just another contest".


To them I say, "this year it's different!" The choices couldn't be more stark and implications of the wrong side winning more dire! In this, you must pick a side, and the other side is quite literally standing on shaky ground.


The final showdown approaches, and like the Civil War, Americans faceoff against one another. However, when the battle is over and the righteous have vanquished their illegitimate foe, we will unite again as Americans – under the World Series pennant that will fly proudly about Comerica Park in Detroit – home of our beloved Tigers. 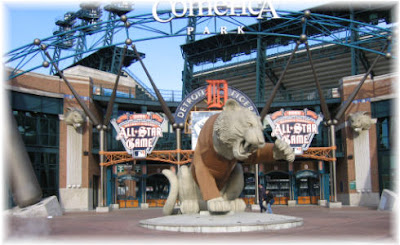