There are 800 Million Billion reasons to read this blog

Actual eyewitness account:
"There was always something off about him. He repeated himself multiple times about subjects with no relevance. There were several times when it was obvious he was trying to remember a memorized statistic. He'd get this wide-eyed look of panic and would start stuttering."

Do you really think Joe Biden did THAT poorly in the VP debate?

Wha...? Biden? No. I'll give you my debate review in a moment. The above references are in regards to that Michigan State University professor of mathematics of 28 years who had an in-class nervous breakdown that resulted in him "dropping trow" and running naked through the hallway earlier this month.

In case you missed it, the actual student Reddit:
I was in Calc 1 at Michigan State University, and my teacher was always pretty eccentric, but today he went overboard. Half way through class he started screaming at us, swearing left and right. He then started slamming his hands on the window and pressing his face against it, still screaming. Eventually he walked out and down the hallway to the end, all while screaming. He then came back into the classroom and took off his clothes, except for his socks. You know someones crazy when they leave their socks on lmao. At this point everyone in class ran out. We were literally scared for his life. The police took about 15 minutes to get here, and during this time he continued walking around screaming. He went between apologizing, yelling at us for sucking at math, and just plain gibberish.He was just teaching and then started talking, then crying, then angry and screaming and shit.

It has been reported that the professor has been hospitalized and is resting comfortably.

Now as for the VP debate... It was obvious the obama campaign was upset about Romney rolling the president last week, with Barack coming off as a petulant child, and the strategy was for Joe to turn the tables by treating Ryan like a child. It backfired.  I really was expecting Joe to drop trow and I thought he would end up hospital roomies with the math professor by the end of the night. 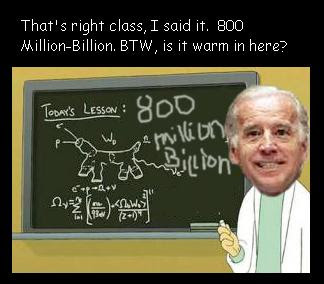