Happy New Year! And it kicks off with a Gay Pride Parade? THIS... Is Sparta? 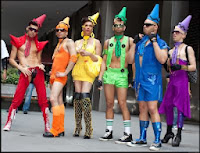 How romantic.
Hey Percy, do you want to get married on a large Twinkie in the Rose Parade float?

Hey, don't kick the messenger down a never ending hole, but I've seen this movie before... 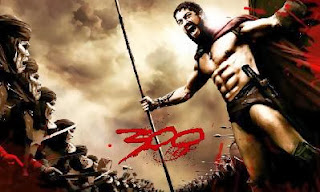 First, we have the gay parade float... 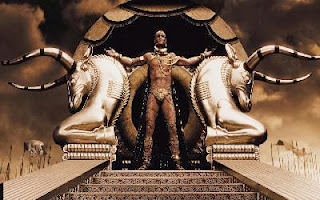 and exchanging of vows...

XERXES: I, Persian "god-King and hairdresser extraordinaire" Xerxes, take you, King Leonidas, to be my lawfully wedded gay, male slave concubine, to have and to sodomize, from this day forward...

KING LEO: Oh hell no! I believe there was a misunderstanding When your spies overheard me say that I wanted to "funnel Xerxes into my tight quarters and making him vulnerable by cramming him into my small cliff pass where my 'hold, push and stab technique' could be most effective..."

Then comes the football game, where according to wiki:

Before the battle, the Persian Captain demands that the Spartans lay down their weapons. Leonidas refuses, and the Spartans successfully repel the ensuing Persian assault, using their superior martial skills and the tightly-knit phalanx formation. 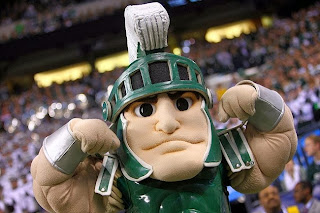 Not sure how this one ends though.
Posted by DaBlade at 1:09 PM