When you spread the universe around, it's good for everybody

What is the nature of this dark energy that is causing the total expansion of everything? The Hubble telescope just may be providing the answer. 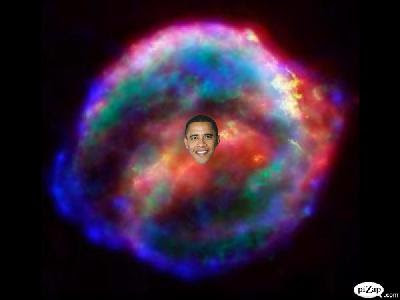 The funniest (and saddest) thing I've read today (so far)
Barack Obama's Declaration of Dependence
Posted by DaBlade at 7:46 AM