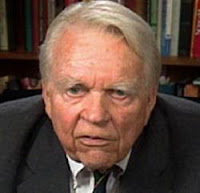 Like a firefighter working tirelessly against a wildcat drought-induced brush fire (in high winds and against seemingly impossible odds), so have I been spending the better chunk of my dwindling free time fighting unwanted and misplaced facial hair in a never ending effort to keep the eyebrow and ear hair at bay. It's a battle I can never hope to ever "win", and will just have to settle for an impasse (as we stare at each other over the littered demarcation zone). I do believe my "enemy" has instituted a recent troop surge strategy, so I may seem a little distracted today. I would blame this unwanted facial hair all on the aging process except for the fact that my eyebrows have always seemed to have an attitude that I insisted on sporting a bald forehead.

I get my haircut at a local shop, and sometimes I get a new person that hasn't heard any of my self-deprecating jokes concerning my eyebrows. There is always that awkward and uncomfortable look they give me when they ask if I would like the eyebrows trimmed. I never waste this opportunity to entertain myself (friends of mine already know that cracking myself up is my entire life's philosophy). "Sure," I'll say. "Let me know if you find my spare car keys". Sometimes I will look incredulously at the scissors in their hand and answer, "With that? I think you're going to need a bigger gun." I might even suggest the hedge trimmers that Charlie used last month. For some reason, I find it funny when I'm not drawing even a sympathy smile and I'll pile it higher. Usually I will decline the barbers help on battling the brow, as I would not ask them to put themselves at risk if I am not willing to myself. Usually I just say, "no thank you. It's where I keep my loose change." Or I might tell them I like to comb the brow back to cover the thin spots on my crown.

I believe the Obama voters have it all wrong. Instead of insisting these bonuses be given back, they should insist that each one of them be given a similar $165 million bonus. In fact, why shouldn't the democrats exert their ownership rights and just make the minimum wage $165 million per hour?
Posted by DaBlade at 7:45 AM