I WANT OBAMA TO FAIL

In case there was any doubt. Here is just but one more reason... What better use of Federal tax dollars than the continued promotion of infanticide? 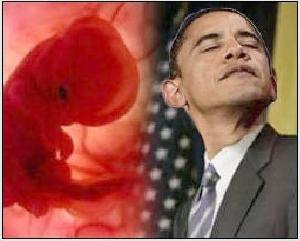 Obama will continue his advancement of the culture of death on Monday, provided his handlers prepare him the necessary paperwork and successfully load "words" into his Teleprompter (otherwise, he is like a flashlight without the batteries). The messiah-in-chief is expected to sign an executive order Monday that will repeal restrictions on the Dr. Mengele style embryonic stem cell research and once again open the floodgates to this diabolical and insidious desecration of human life. These restrictions were put in place by President Bush to limit this inherently evil experimentation to the so-called 21 existing stem cell lines already in existence in 2001. These restrictions were unacceptable to the godless libs, as it did not allow for continued killing and cheapening of human life under the shallow and phony guise of "research", and has slowed the advancement of their pro abortion liberal agenda. 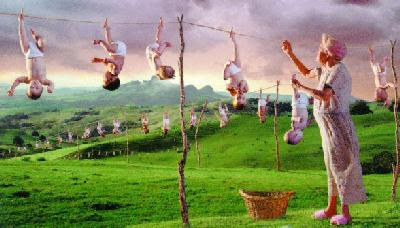 Because stem cells obtained from very early embryos are believed to be capable of morphing into any tissue in the body, scientists think that they will yield fundamental insights into the underlying causes of many diseases...

Jane "The feeble-minded democrat": Even if they don't "yield insights into diseases", what's the big deal about a mountain of slaughtered and discarded babie embryos? It's worth the risk of upsetting a few Christian extremists for the chance that researches might stumble upon a more effective beauty cream to help keep me looking youger.

Opponents, however, have argued that research on human embryonic stem cells has become unnecessary because of scientific advances, including promising studies involving adult stem cells and the ability to transform them so that they appear to have many of the properties of embryonic cells.

Jane "The feeble-minded democrat": Why use a non-controversial and completely ethical alternative that does not result in any baby deaths? How does THAT advance the overall pro choice, maximum death, militant feminazi agenda? My democrats would have to come up with another ruse than the continued bogus reason of "medical research".

unbornwordoftheday.com:
"God’s love does not differentiate between the newly conceived infant still in his or her mother’s womb and the child or young person, or the adult and the elderly person."
Posted by DaBlade at 7:33 AM