MARCH 12--Six employees of a Texas home for mentally disabled adults have been charged with encouraging residents to fight each other. The "fight club" ring at the Corpus Christi State School was discovered by cops after investigators obtained cell phone videos showing the workers goading residents to brawl in common areas of dormitories at the state facility.

Unsubstantiated reports include the arrest of Michael Vick allegedly trying to sneak out the back.

By anyone's definition, this "Texas home for mentally disabled adults" has failed miserably at it's primary mission. I would go so far as to say that this home is morally bankrupt for sinking to this level of depravity.

Therefore, we can only conclude that this Corpus Christi State School is deserving of being propped up with an infusion of emergency funds. I think a few $Billion from Obama and the democrats should cover it. Isn't that the ratio of dollars to saved jobs under Obama's "stimulus"? The messiah-in-chief has already been credited with saving 25 cop jobs for one year in Ohio with the paltry $Trillion or two, and saving a half dozen jobs at this home would put a large feather in Huggy Bear's economic pimp hat!

"LET'S GET READY TO RUMBLE!" 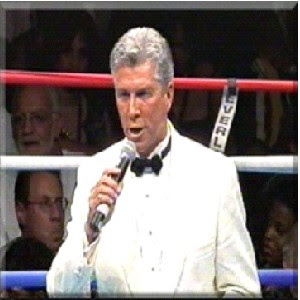 Ali vs Foreman was known as The Rumble In The Jungle. Ali vs Frazier was "The Thrilla in Manila".

What should we call the upcoming rematch between patient's Mrs. Johnson and Mr. Jones? I hear Mrs. Johnson won the first bout by decision.
Posted by DaBlade at 7:29 AM